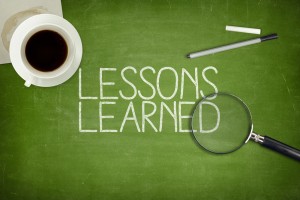 As the smoke clears from the Chinese city of Tianjin, a number of terrible mistakes have been revealed, errors that have led to the deaths of over 100 people. Worse still, because this was a chemical incident, the death toll is almost certain to rise over the coming months and years.

The blast itself appears to have been caused by some kind of incident that caused three extremely volatile, poisonous compounds to react, creating the explosion. Sodium cyanide, ammonium nitrate and calcium carbide were all known to be being stored at the Tianjin site, and hazchem tests in the days after the blast have revealed high concentrations of these and other compounds in the environment, forcing the Chinese authorities to create a 3km exclusion zone.

The dangers of these three compounds are well known, and a series of international standards exist to ensure that each is stored and handled safely. However at this early stage the Tianjin incident appears to have been caused by taking shortcuts that triggered the disastrous explosion.

Vast quantities of chemicals cause problems

Some experts suggest that there may have been as much as 700 tonnes of sodium cyanide being stored in the facility – far greater quantities than normal, increasing the risk of something going wrong. The obvious solution to this problem would be to hold less of the chemical in stock, or to distribute holdings among a geographically separate series of facilities to reduce concentration.

For any business outside the chemicals industry, the advice would be to only store what you actually need.

Dangerous chemicals must be properly segregated

Each of the chemicals identified is dangerous in its own right. But when stored together (or in close proximity), the risk of combustion increases exponentially. The size and force of the explosion suggests that internal structures were compromised, causing the chemicals to come into contact with each other and compounding the effect of each.

It is imperative that dangerous chemicals are properly contained and that storage provisions prevent them coming into contact with one another.

In the aftermath of the explosion, some workers and local residents suggest that health and safety standards were being bypassed in order to speed up operations. As with any shortcut that relies on overriding standards, something is bound to go wrong eventually, putting workers and the public at risk.

From a socially responsible point of view, the deaths of 100+ people is ample evidence of why shortcuts don’t work. And with calls for millions of Yuan compensation to be paid to the people affected by the explosion in Tianjin, ignoring health and safety  requirements makes no financial sense either.

The final report into exactly what happened at Tianjin will take months to produce, and may not even reach any of the conclusions listed above. That said, these guidelines still hold true for any business using or storing dangerous chemicals – even down to common items like butane and acetylene gas.

So over to you – have you ever had a chemical incident or explosion on site?

Latest from our blog