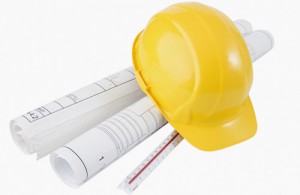 Forgive me a moment, but I’m about to reference myself referencing myself. Bear with me.

On September 5th I noted in my post ‘Construction Industry Kept On Its Toes’ (http://bit.ly/18XSCGO) in response to my August 29th post ‘Assessing The CDM Regulations For 2014’ (http://bit.ly/18XSHKp) that the construction industry had better be extra careful throughout September as HSE inspectors could well be dropping in unexpectedly to make random spot checks.

Sadly this hasn’t meant that the world of construction and design has had an uneventful month so far, with four recent stories hitting the news, all of which demonstrate that the unannounced inspections are certainly much needed. It really does seem that in spite of everything, this is an industry desperately in need of a more simplified and more effective health and safety approach.

A Liverpool construction company was in court earlier this month following a close call with a broken gas pipe. The company had been hired to develop a property into a hotel, shops and offices, and had subcontracted another company to carry out demolition work.

However the construction company in charge, Merepark Construction Ltd, failed to ensure the safe disconnection of a major gas pipe prior to the demolition work commencing. A chunk of masonry fell down onto the exposed pipe, fracturing it badly. A worker smelling gas raised the alarm, and the entire neighbourhood then had to be cordoned off, with Liverpool Central train station closed for most of the afternoon, along with shops and businesses in the area.

Although there was no explosion and the gas was safely turned off, this could have been a terrible incident. As it was no one was hurt and no damage was done to any nearby properties, but Merepark Construction Ltd was still fined a total of almost £40,000.

In Leicester this week magistrates heard the case of a construction worker who fell through a fragile roof light onto concrete, fracturing his neck and right arm, and causing severe internal damage to his kidneys and hip.

The worker was sub-contracted to help replace the existing roof lights of a factory with solid roof sheeting. He was kneeling on a board across one of the roof lights, but then as he tried to move out of the way of another worker he fell through the fragile roof light.

The contractor responsible for failing to ensure proper safety procedures were followed was fined a total of £3,397. The injured worker has still not fully recovered, but hopes to return to work later this year.

Earlier this month Lincolnshire magistrates heard the distressing case of a construction worker aged just 26 who died falling from scaffolding which was wholly unsuitable, entirely unsafe and which had been erected by people without any training in safe scaffold construction. The company, Chestnut Homes Ltd, were fined £40,000, with the site manager, Peter Tute, being sentenced to 240 hours of community service.

Mr Tute allowed untrained people to extend scaffolding which had already been correctly constructed. Those tasked with extending the scaffolding were not provided with any training, but were allowed to improvise. The worker fatally injured was moving some bricks along the scaffolding in unsafe weather, but slipped and fell as there was no guard rail. The bricks he was moving fell on top of him, and he died of his injuries at the scene.

In Wiltshire a groundworker was seriously injured when he was struck by a lorry operating on a construction site. The worker received serious injuries to his leg and was off work for seven weeks. The company concerned, John O’Flynn Developments Ltd, was fined £13,892.

These four cases are sadly not isolated, but within the space of two weeks the construction company has witnessed court cases highlighting serious safety failings. Let’s hope that the recent moves by the HSE help to highlight the need for more safety, and that the changes being brought in help to simplify the health and safety procedures, encouraging smaller firms to increase safety standards and decrease the number of instances such as those above.

For any help, advice or clarification about safety within the construction industry please call one of our Health and Safety Advisors free on 0800 1488 677, and they will be happy to discuss any concerns you may have, or arrange a site visit if required.