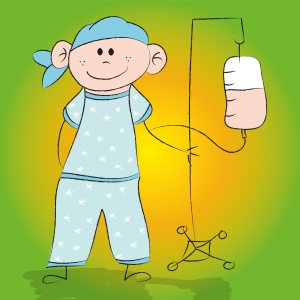 The Vunerable and Their Health Care

The health and social care institution is concerned with a predominantly vulnerable group of people, which includes the sick, the elderly, and those with disabilities. The management of their individual needs and daily care delivery presents certain risks that can result in their harm, as well as harm to the care providers. This makes risk assessment a central feature in every health and social care setting.

The Death that Should Never Have Been

A vulnerable resident of Four Seasons Health Care (England) Ltd died while eating a fish and chips meal, but the real cause was negligence.

On 1 December 2010, Miss Smith was fed on fish and chips in a cone while at a film and supper evening on the home"s Chorley premises. A staff member later noticed her slumped in her chair. She was pronounced dead after a nurse"s failed attempt to resuscitate her. According to the post mortem, the primary cause of death was choking.

The Health and Safety Executive (HSE) prosecuted the biggest care home provider in the UK following investigations that revealed that 75-year-old Rita Smith had swallowing difficulties and therefore at risk of choking, yet the home failed to feed her on pureed food.

Miss Smith was admitted into Euxton Park Care Home in November 2010, and the home was made aware she suffered from motor neuron disease and dementia. They were also informed that she had difficulty swallowing, needed pureed food on a teaspoon, and supervision by a carer while eating.

On the fateful entertainment evening, the organisers had been unaware of Miss Smith"s need for non-solid foods. HSE investigations also found that the local hospital had carried out a specialist assessment and recommended Miss Smith"s supervision at meals, which involved prompting her to chew slowly and swallow two times with each mouthful. However, the care home had failed to communicate this to the staff.

It further emerged that Four Seasons had not completed a risk assessment and care plan for Miss Smith upon her arrival, which would have helped identify her special need for pureed food and a care worker"s supervision at meal times. In addition, it was revealed that a few days before the entertainment evening a carer had left her to eat un-pureed Weetabix unsupervised.

There are certain types of activities that constitute risks in the care settings. The needs of each individual should be assessed so that the daily activities that will bring them most benefit but expose them to some risk are identified. This way, their safety can be ensured while they continue to live fulfilled lives. Risk assessment is about identifying these activities and taking the appropriate measures to manage the risks effectively.

When assessing risk, you identify common risks to those using the care services and implement measures to prevent harm, such as the case with scalding or falls from balconies and windows. You identify common risks to everybody and control them, as is the case with legionella and working with asbestos. The assessment helps you identify individual risks to particular providers, such as expectant mothers. You also identify individual risks to the service users, such as risk of getting lost for those with dementia and risk of falling out of bed for those with Down"s syndrome.

According to HSE Inspector Shellie Bee, Miss Smith €œshould never have been given un-pureed food, let alone been left by herself to eat it during the film and supper evening. But her condition meant she did not have the mental capability to refuse the meal or recognise the danger.€

The Proper Balancing of Risk

It is important that you carry out risk assessment in liaison with the individuals receiving support and care, their families, and the carers so as to get results that actually matter to them. Consider the practical and sensible controls that best reduce the risks that come with individual needs and choices. At the same time, if the risk of harm is realistic, focus on the real risks only. Last but not least, organise group activities while thinking of both the safety of the most vulnerable and the unrestricted freedoms of the most capable.

The death of Rita Smith could have been prevented with proper health and social care risk assessment, and communication. Make sure the vulnerable population has safe care services by speaking to our health and safety consultants today on 0800 1488 677.